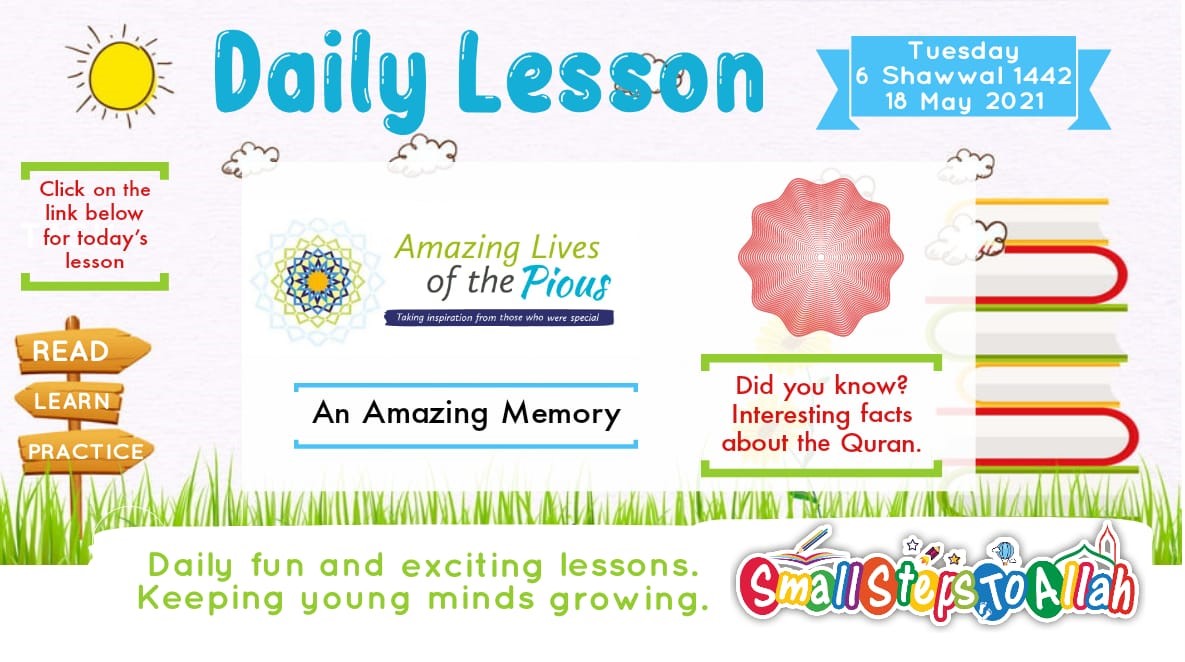 Imam Ishaq Ibn Rāhwayh who is regarded as a senior jurist and muhaddith was born in Khorasan in 161 A.H. He studied under the likes of Fudayl ibn ‘Iyadh, and Sufyan ibn ‘Uyaynah رحمهم الله.

Allah Ta’ala gave him such an amazing memory that he himself says that “I memorised whatever I heard and I never ever forgot anything that I memorised.”

He also explains that “It is as though I can see [in my mind] one hundred thousand ahaadith from my books, and I can quote thirty thousand”.

Abu Dawud Al Khaffaf رحمه الله says: “Ishaq رحمه الله once dictated eleven thousand Hadith (from memory) by reciting it to us from memory. He did not decrease or increase even in one letter!

Imam Abu Hatim Ar Razi رحمه الله says that “None has witnessed someone with a more astounding memory than Ishaq”.