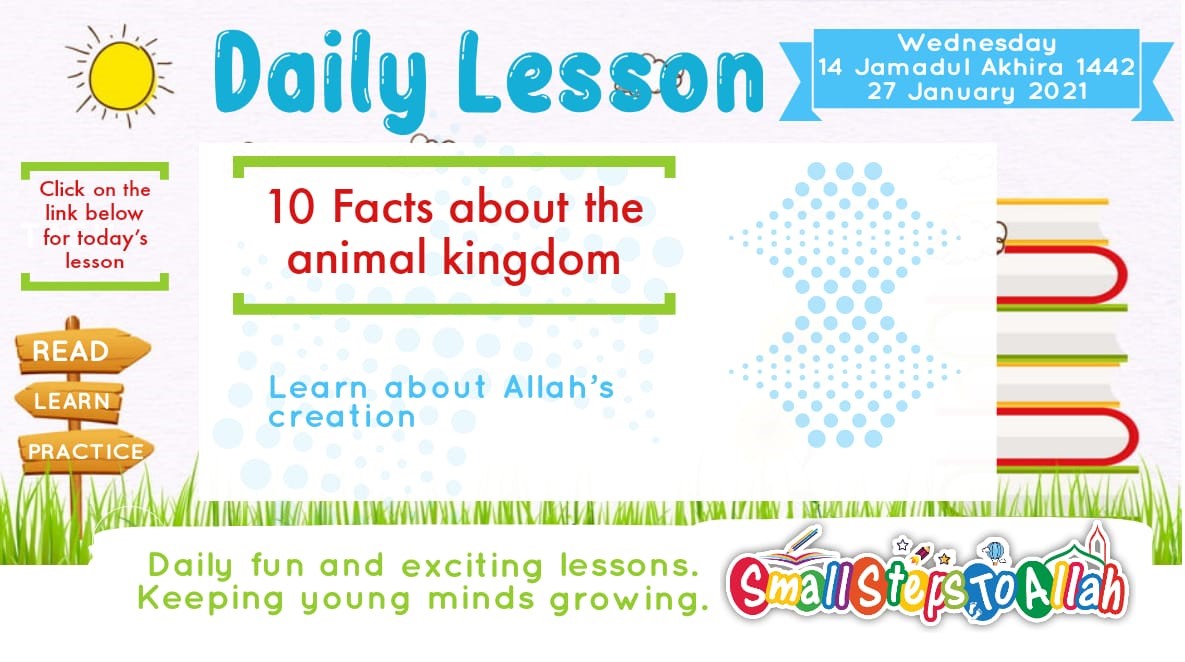 The signs of Allah Ta’ala are everywhere and when we look at the animal kingdom and see Allah Ta’ala’s creation, we are left amazed by how Allah Ta’ala has created every creature.

2. Honeybees have hair on their eyes.

3. The waste produced by one chicken in its lifetime can supply enough electricity to run a 100-watt bulb for 5 hours.

5. A kangaroo can’t jump unless its tail touches the ground.

6. Dolphins don’t automatically breathe; they have to tell themselves to do it.

8. The poisonous arrow frog has enough poison to kill about 2,200 people.

9. A penguin is the only bird who can swim but not fly.